Salzburg − Pictures from the Archive 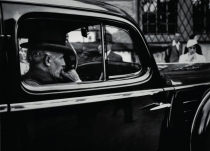 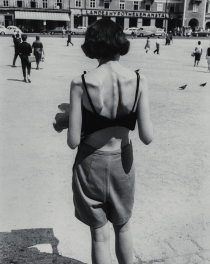 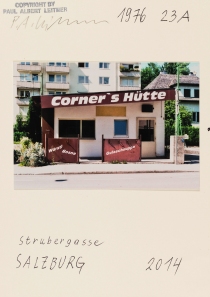 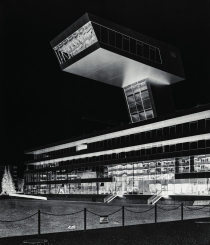 The curators at the FOTOHOF archiv have been similarly occupied during this period, embarking on a voyage of discovery of their own collection. The result is an exhibition entitled ‘Salzburg – Pictures from the Archive’ and featuring 13 artistic positions. As the title suggests, all the works revolve around the city of Salzburg. The earliest exhibits showcased in the new FOTOHOF archiv exhibition date from 1934 and are by a young Wolf Suschitzky, who took pictures of the city during an excursion undertaken by his Vienna photography school. The most recent works are by contemporary artists Michaela Moscouw, with a conceptual work evocatively entitled Pizza (2019), and by Clara Wildberger, who explores the Salzburg festival enterprise as a whole (2016). Paul Albert Leitner is able to cover the entire period from 1996 to 2014 with his index cards alone, exploring Salzburg mostly through his collaboration with Fotohof. Spanning these two endpoints is a broad arc of images that not only shows some of the city’s unknown nooks and crannies, but more importantly represents a tour of the various currents in art photography. Worthy of mention here is the classic press photography from the 1930s to the 1950s by Gerti Deutsch and from 1991 by Inge Morath. In the 1970s American photographer Doug Stewart took pictures in the style of early ‘street photography’, in the tradition of Garry Winogrand. And while Otmar Thormann views the city from a very subjective perspective influenced by Surrealism, American artist Thomas J. Cooper, who lives in Scotland, uses traditional large-format photography to track down the secrets of the city’s many hills. For Werner Schnelle from Salzburg, the motifs selected from the city’s Lehen district provide an opportunity to draw attention to the unique nature of analogue photographs exposed directly as negatives. Finally, the FOTOHOF archiv also contains works of unclear or anonymous provenance. They include photographs of air-raid damage after the Second World War, presumably taken by the American army photographer J. Malan Heslop, and partially destroyed negatives, on show at the exhibition in the form of contact copies.