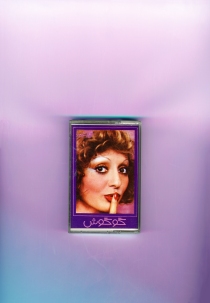 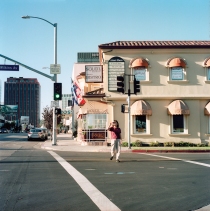 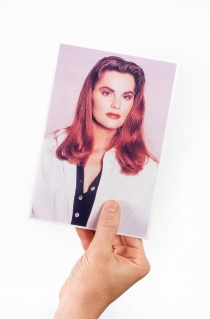 
In the exhibition Soleil of Persian Square, Hannah Darabi embarks on a search for the visual identity of the Iranian diaspora in Los Angeles. Since the Islamic Revolution in 1979, which resulted in an enormous wave of emigration, the largest Iranian community outside of Iran is found in the United States. Slightly more than one-third of Iranians living in the United States settled in Los Angeles and surrounding small towns, particularly Orange County. Hannah Darabi tries to give a face to this area, colloquially known as "Tehrangeles". She herself got to know it as a teenager in Tehran through various pop cultural sources, many of which were not freely accessible. Since the Islamic Revolution, for example, pop music was considered incompatible with state morality, which is why it was officially unavailable in Iran. Hannah Darabi combines cityscapes from the greater Los Angeles area, in which she identifies traces of the Iranian diaspora, with portraits of its inhabitants, as well as with pop cultural artifacts such as cassette covers, song lyrics, and screenshots of music videos from the 1980s and 1990s.

She opens her collection and directs the gaze to a real, but also to an imaginary space, to a pop cultural phenomenon that formed in opposition to Iranian state doctrine but is spurned by secular intellectuals as a lowly art form, and not least to her own position amidst multiple forms of internal and external emigration.

The exhibition at FOTOHOF takes place in cooperation with the Centre d'art GwinZegal, Guingamp.

Hannah Darabi, *1981 in Tehran, lives and works in Paris.

Since 2020, the Leipzig-based artist Sophia Kesting has been working with FOTOHOF archiv's holdings at its invitation, developing strategies for discussing and appropriating historical materials used in the medium of photography. It is not the artistic positions at the center of the FOTOHOF archiv that serve Sophia Kesting as material for her artistic research project.

Rather, she goes to the edges of the collection when she literally twists and turns the images of a long-historic slide archive for the mediation of photographic technology and brings to light and questions media conditions and historical gender roles through her artistic, performative interventions.

Sophia Kesting, *1983 in Leipzig, lives and works in Leipzig.

Press previews and meetings with artists and curators can be scheduled by appointment. Please call us on +43 662 849296 or email us at fotohof@fotohof.at to arrange a date.