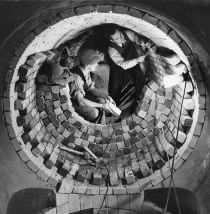 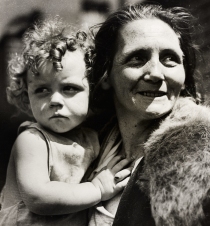 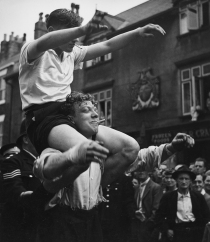 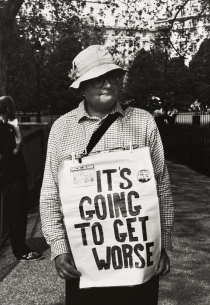 
With the photographic work of Wolfgang Suschitzky, FOTOHOF has chosen to take a look at the historically significant artistic position of an Austrian-born personality whose life was, however, marked by flight and exile. Wolf Suschitzky died in London in 2016 at the age of 104 and, in 2018, his estate was handed over to FOTOHOF archiv as a permanent loan, to be scientifically processed and made accessible to the public.

The exhibition project Wolf Suschitzky − No Resting Place is not intended, however, as a retrospective of the photographer and cameraman's entire oeuvre, which stretches from the 1930s to the early 21st century. Rather, through its 'Work' theme, it chooses to address a subject matter omnipresent in the work of the Viennese-born photographer and examine the continuity of content in a biography punctuated by emigration and exile.

Wolfgang Suschitzky (*1912) grew up in a Jewish family wholly dedicated to Vienna's social democratic politics. His father was a co-founder of the Anzengruber Verlag publishing company and of the first − social democratic − bookshop in the working-class district of Favoriten. Both institutions were forced to close down after the Anschluss, the annexation of Austria into Nazi Germany. While a large part of his family was murdered by the National Socialists, Wolf Suschitzky survived in exile in Britain, having fled already in 1934 in the light of political developments in the Austro-fascist 'corporate state'.

In London, he became associated with the British documentary film movement. Together with its pioneer, Paul Rotha, Wolf Suschitzky made films such as World of Plenty (1943) and No Resting Place (1951) and became a key exponent of a movement that aimed to achieve a naturalistic portrayal of social conditions.

But it was as a photographer, not just a cameraman, that Wolf Suschitzky focused his attention on those areas of life which had previously already been of interest to his father's book publishing house. He became a sober observer of social contexts, even if he himself remarked that '[...] a photographer who sympathises with social conditions and comes into contact with human suffering [...] usually has to take sides'. It is a remark that echoes strongly in Wolf Suschitzky's objective but always respectful photographs.

Perhaps that is the attitude that is perceptible in Suschitzky's entire oeuvre, one which is also conveyed through the series of photographs now on show at FOTOHOF, highlighting the particular quality of this historical approach. Indeed, his photographic description of a restless world shaped by incessant toiling not only opens up a view of living and working conditions worldwide, it also paints the picture of an unwavering humanist. But a humanist who would not have survived in Austria.

The first publication from the FOTOHOF archiv will be published to accompany the exhibition: