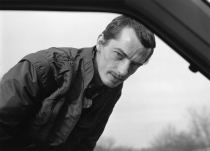 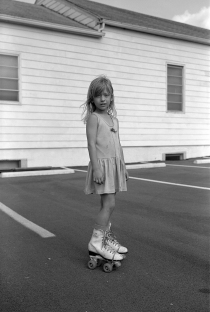 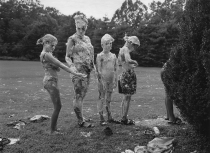 With the exhibition Mark Steinmetz united states the FOTOHOF gallery proudly presents one of the most remarkable contemporary US-American photographers who, through his 40 years of consistent and stoic work, has become an influential personality for many photographers − also in Europe − yet this overview of Steinmetz's work is the first solo exhibition in Austria.

Excerpts from the most important work cycles of the last three decades, and a collection of all sixteen of his to-date published photo books, illustrate the discreetness and poetic vigor that shape his works. Steinmetz fascinates as mindful chronicler. In his pictures, he characterizes discreetly deliberate states of an American everyday life. Many of his explorations are located in the sweaty Dixie, the hard-bitten southern States with their ramshackled elegance. The encounters, which Steinmetz shares with us, are characterised by curiosity, respect and restraint. His scenic observations and portraits are almost intimate, yet surprisingly unobtrusive.

Mark Steinmetz creates an atmosphere that leads everyone, the photographer, the protagonists and the viewer into a state of special unitedness that is not distracted by poses. Of course his work catalogs, almost casually, all the ATMs, telephone booths, fast food places and automobiles that intertwine our present with space and time. Nevertheless, everything seems detached and in the sense of a new, own fiction.The serene gaze of Mark's pictures tell of a world far beyond simple political or social attribution, which often obscure the view on American society. Mark Steinmetz once called his homeland a "half-grown, adolescent country" and in that sense his accounts of the dilemmas of youth carry more humor and complexity than most comparable genre photos.

Mark Steinmetz works patiently on long-term projects that arise or appear somehow anti-cyclically. At the same time, they formulate themselves in a forward and backward movement to series, the frames of which are often described by a place or a region. The projects are primarily constituted in book form, which are thematically moving in periods of an era.

In the southern trilogy describes e.g. Greater Atlanta, the atmosphere of a broken carefree euphoria of gasoline-impaired mobility, and the title of the first part, South Central, derives from the South Central Bell telephone company that wired Knoxville. This series is reminiscent of the socio-economic state of the region before the digitalization of everyday life. Like scenes from epic movies, these images come to you precisely and full of honest fascination with humans. They reveal conditions and still keep the mystery intact.

In the USA, Mark Steinmetz's oeuvre is represented in most of the major collections for contemporary photography.

Mark Steinmetz will be present at the vernissage on 24. January and during his subsequent workshop in the FOTOHOF.

united states (after the premiere in Munich / Lothringer13 Halle and the Amerikahaus in Munich) were newly arranged by the curators Lene Harbo Pedersen and Jörg Koopmann with Mark Steinmetz and FOTOHOF.

On 25.1. The Steinmetz-specialist Giulia Zorzi (MiCamera Milano) will moderate an artist-talk with Mark.

"Photography is, at its most basic, a method for sharing. You stand in front of something, take a picture, and then someone else in a different place and a different time might be touched by it − so I think photography is just about always for some kind of audience, even if it's an imagined audience." MS

"Photography is always just slices, its bits and pieces. The people I photograph, you don’t know what their lives are like, but at this moment, in this light in this setting it looks like something. I don't believe too much in photography as a describer of reality." MS

Press previews and meetings with the artists can be scheduled by appointment. Please call us on +43 662 849296 or email us at fotohof@fotohof.at to arrange a date.