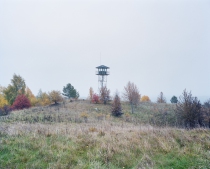 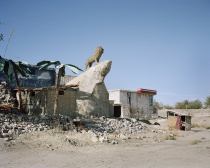 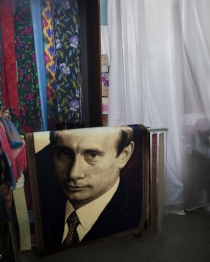 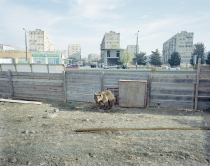 Sputnik Photos / Lost Territories Archive
Rustavi, Georgia
SPUTNIK PHOTOS collective
Lost Territories. CONTROL (LTA 5)
Photography by :
Andrej Balco, Jan Brykczynski, Andrei Liankevich, Michal Łuczak, Rafał Milach, Adam Pańczuk, Agnieszka Rayss
Opens: 28 September, 7 pm
Exhibition run: 29 September − 11 November 2017
Members of SPUTNIK PHOTOS collective are present at the opening
FOTOHOF / Inge-Morath-Platz 1-3 / 5020 Salzburg / Austria
The steadily expanding archival collection Lost Territories Archive (LTA) is the starting point for a whole variety of exhibition concepts by the SPUTNIK PHOTOS artists’ collective. Established in 2006 by photographers from Slovakia, Poland and Belarus, it uses the personal experiences of its members as the starting point for analysing socio-political processes and socio-cultural phenomena in the former Soviet Republics. Thus, a largely photographic inventory has been generated over the past decade, examining and documenting the way in which the former East Bloc has evolved and transformed itself.
Through the ongoing co-operation with curators and writers invited to explore the archive and continually engage with it in their own right, the notion of the archive as an institution is addressed and subjected to permanent change, giving it its own distinctive voice in the process. Each time the image inventory is accessed, the collection is shown in a new light, creating new contexts of meaning through the arrangement of the images themselves. What’s more, this experimental approach to form, content and distribution ultimately stimulates a topical debate on the current state of documentary photography.
For the exhibition entitled Lost Territories (LTA5) on show at the FOTOHOF, the archive has once again been placed in an exhibition context. And, for the first time, the Collective members themselves will be acting as curators, showcasing their own views of their collection. Also, a special ‘thank you’ from the Collective to British curator Gordon MacDonald.
The publications Lost Territories Wordbook (LTA1) and Fruit Garden (LTA3) can be accessed at the FOTOHOF library.
Biographies of the participating artists from SPUTNIK PHOTOS collective are available at  >>sputnikphotos.com.
Press previews and meetings with the artists can be scheduled by appointment. Please call us on +43 662 849296 or email us at fotohof@fotohof.at to arrange a date.